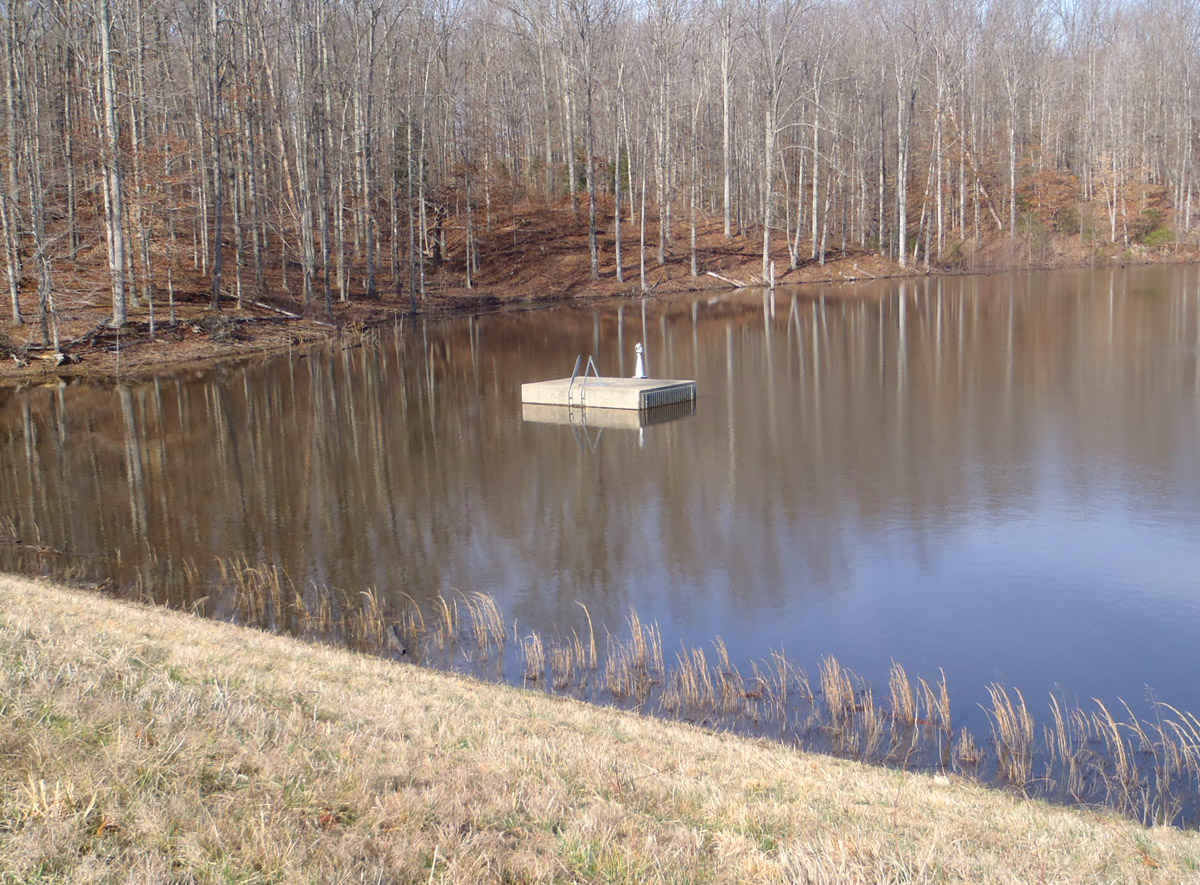 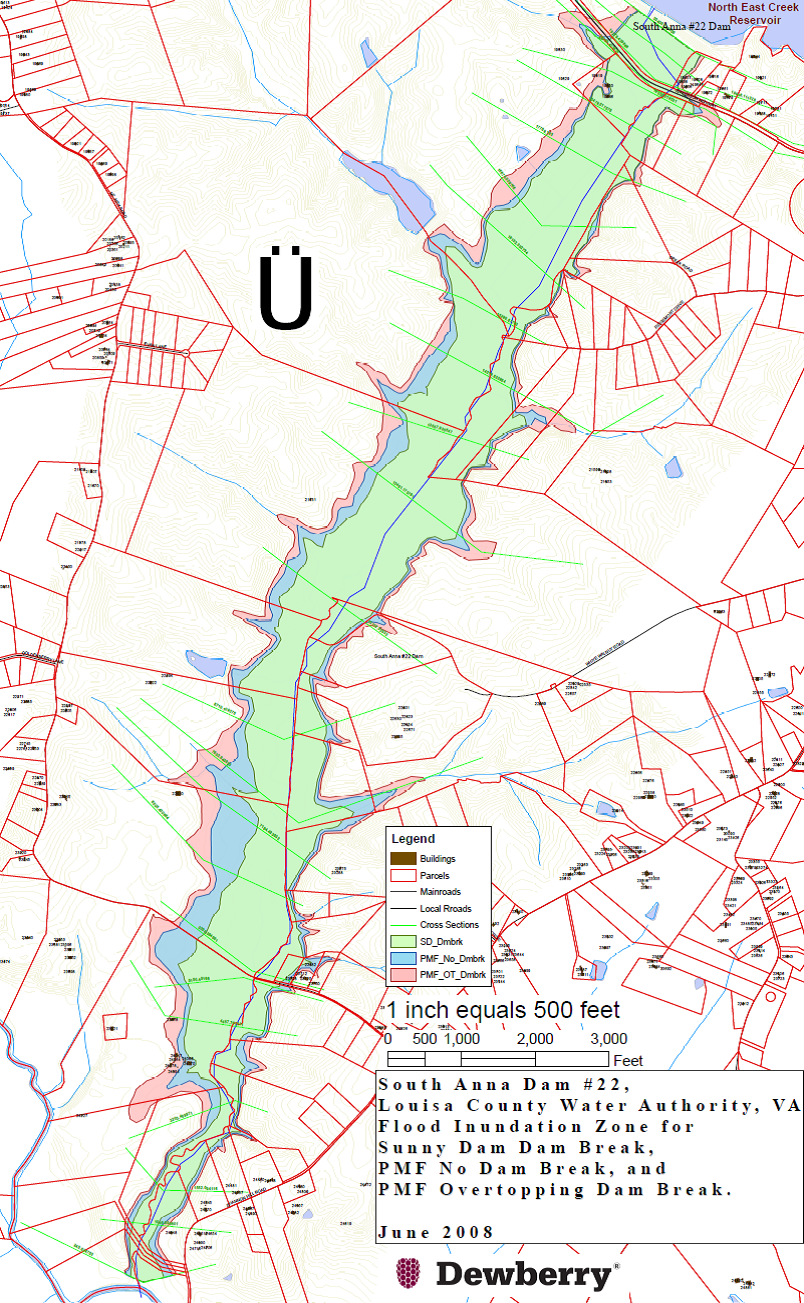 During the 1960’s and 1970’s, the Federal Watershed Protection and Flood Prevention Act of 1954 (Public Law 83-566) enabled the federal government to assist localities with the construction of dams to serve as flood control structures.

Map of general locations of “PL566” structures in Louisa County.

At the time the “PL566” dams were built (in addition to many other dams in Virginia), the watersheds above the lakes were mostly woods and agricultural lands, and the potential inundation areas below the structures (in the event of a dam break), were mostly agricultural lands. With more land development, the potential for a disaster from a dam break increases in three ways. First, as land becomes more impervious above dams, the runoff volume and velocity increases for any given storm. The principle and emergency spillways were designed based on runoff from more rural areas. Second, as land disturbances take place, the reservoir areas fill with sediment at a greater rate, decreasing storage capacity more rapidly. And, third, the potential risk to buildings and human life increases as farms below the dams become commercial or residential developments that could now be inundated with a dam break.

As is the case with all owners of large dams, the TJSWCD must ensure that their eight structures meet the requirements of the Virginia Dam Safety Program and Virginia Impounding Structure Regulations.

One requirement of the Impounding Structure Regulations is an analysis of the watershed of each lake, and the structural design of each dam, to determine “dam break inundation zones”, or the areas that would be flooded in the event of a dam break. Using information from the mapping of the inundation zones, the TJSWCD works in partnership with Louisa County’s Department of Emergency Services for coordination of the implementation of Emergency Action Plans in the event of a catastrophic flooding event.